A controversial waterbird but a very good parent 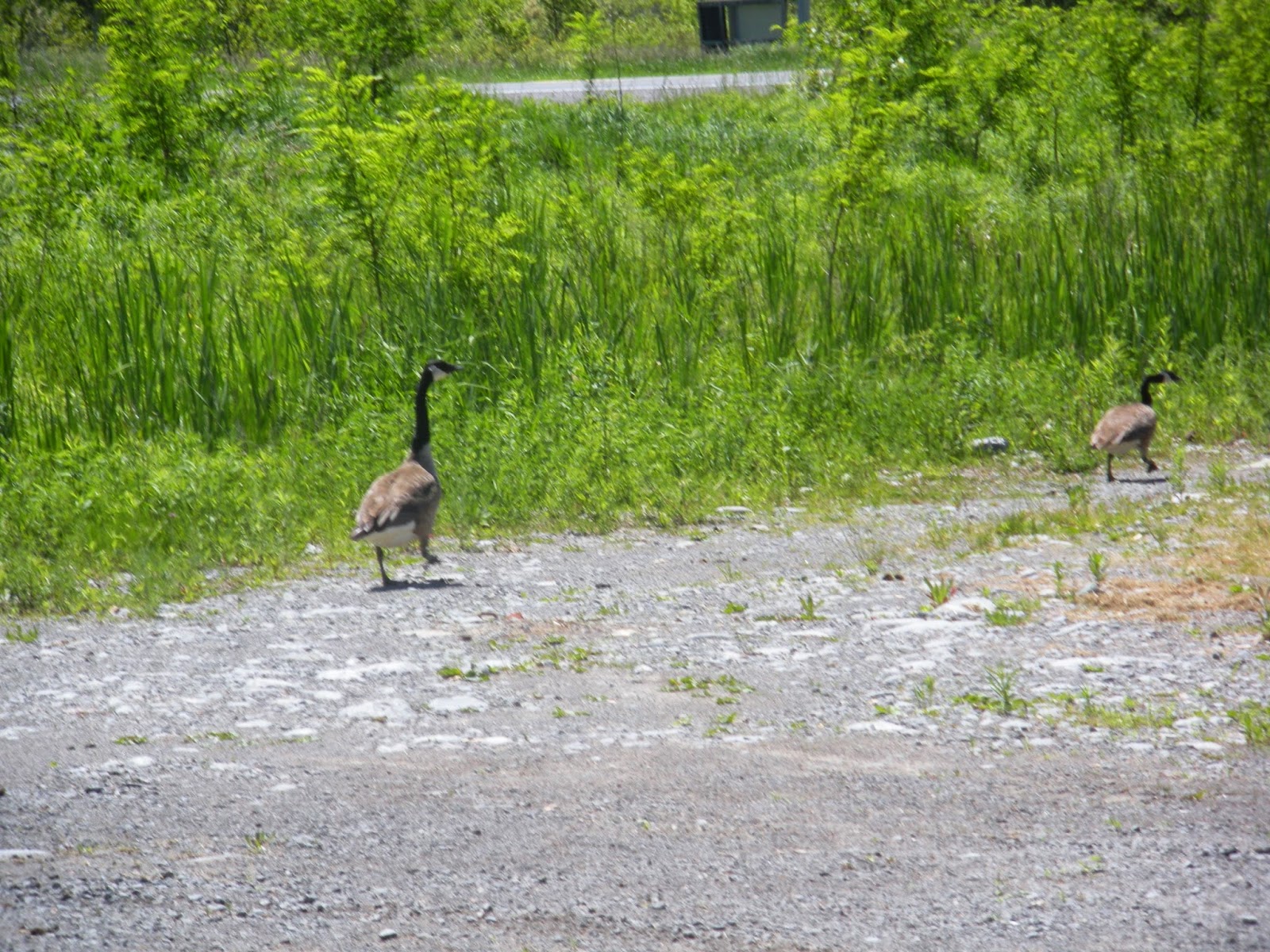 A week or so on a tour around the countryside, a friend and I had stopped to visit a First Nations' craft outlet nearby. In front of the building was a pond and a swamp. On the pond, unbeknownst to me, was a family of Canada geese. Five or six goslings, mother and father.

As we returned to the car the family was climbing out of one pond and heading across the driveway to a larger more secluded one. I grabbed my camera.

The sun was beaming into my eyes and I failed to catch the goslings being herded by mother with her neck outstretched, encouraging the fastest scuttle the babes could manage. Dad hung back marching with head held high, determined step and not about to let any mere photographer get close for a really good picture.

I've come close to being bitten by a goose and also herded away from cygnets by a very threatening mute swan... I wasn't about to challenge this protective father.

Despite their being opportunistic creatures, living by design and choice in many cases near or in cities and towns, making park river banks and lakeside beaches messy and unpleasant, there is something about Canada geese that I love.

Maybe it's because underneath our conservative polite facade, many Canadians are similar to these creatures: opportunistic, scavenging, messy, often dangerous to small animals or children? Or is it that they signal the changing seasons, flying in huge v-wedges north and south calling to each other?

The romantic in me thinks of tall pines, rocky shores of the Canadian shield, pristine blue water, clean air, gentle breezes, the wildness of much of our country when I hear them calling - even when they just move from one side of a small pond to another. A Canada that is rapidly disappearing except in remote areas, a Canada of which I've explored much, and love each part.

And so I love these big birds.

Is there something that reminds you of the ideals (ones that mean something to you) of your country? Whether its Canada, the US, Russia, somewhere in Asia or the Pacific I'm pretty sure that many citizens have their dream spots and reminders of them. Interesting what triggers these feelings, memories and dreams.
Posted by Barbara Selkirk at 10:37 AM